When I add a new task with a start date, it does not show in the list any more. I can only see it if I search for it.

2Do for Mac v1.5 added a whole bunch of new features on top of the existing set without affecting how you used the app before. One of the cool new features is the ability to automatically hide Scheduled tasks, i.e. tasks that have a start date some time in the future. These tasks don’t need to show in your list till it’s time to show them. This way your workspace remains uncluttered and you focus on what’s currently important to you.

You can, however, optionally toggle this feature off. Have a look at the following example where in the list panel under Home we have a ’Loft extension’ project but that’s not visible in the list itself. This is because the task got scheduled to start at a later date from now. 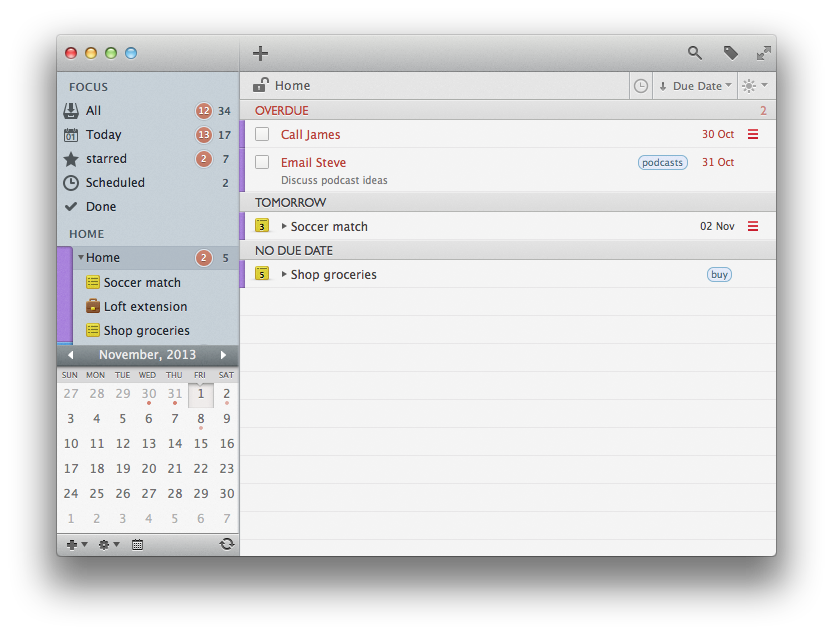 Any time there are scheduled tasks in your list, a new clock icon will appear on the sort bar:

This button will allow you to toggle their visibility on and off, if you chose to instead show them at all times. Here’s a what happens when we toggle it: 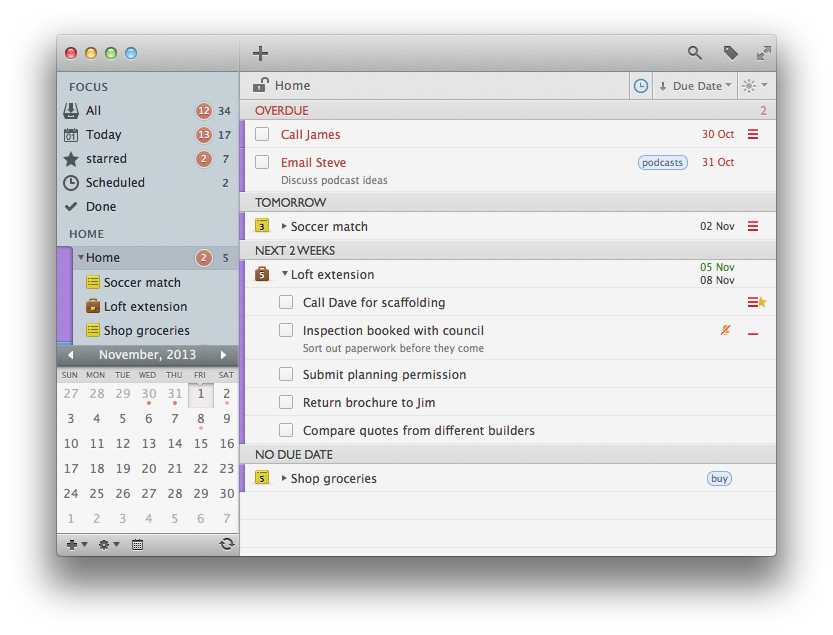