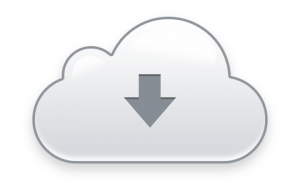 We’re very excited to announce that for the very first time, 2Do will include support for transparent, background Push Sync. In simpler words, making a change on one device will (almost) immediately sync all of your other devices, transparently in the background. You no longer will have to rely on iOS to (in)frequently sync 2Do in the background, or wait for changes to appear after you’ve launched the app, including app badge updates. This will work irrespective of which sync method you’re currently using, giving you the freedom to pick whatever sync method you prefer, including your very own CalDAV server (unlike other apps that force you into using their custom cloud storage just for this one feature to work). How amazing is that?

This new feature is at first going to be available for all iOS devices, starting with v3.6, and will later be extended to support Mac OS X. Push Sync will not only result in rapid sync, but will also extend the battery life of your devices as it’s going to be a lot more energy efficient.

There will be no switches to toggle, and no settings to mess around with – it’ll just work after you update to v3.6. In fact, you won’t even notice it, except your other devices won’t show you stale data at launch anymore. It’s that cool!

Update: v3.6 is now available on the App Store!