A short while ago I teased about a major announcement on twitter. Some actually got it right, albeit with help from the full disclosure I made a few weeks ago, while some came up with other interesting ideas. Moving forward, today marks the begining of a new chapter in 2Do’s life. It’s time to tread unchartered waters (speaking on behalf of the app – which is weird, as well as myself).

2Do for iPhones and iPads is now free to download and use [1]. Dare I say use and not try since it’s so easy to forget how much 2Do will actually offer to the average user, even with a few features on trial. You really need to check it out for yourself to believe. It’s free, so don’t hesitate (although awaiting approval, see footnote below).

The only features on trial (of 14 days) will be Sync, Backups and Alerts. Now that’s huge for an app that won’t rely on subscriptions, adverts or signing you up for unwanted newsletters in order to sell you other unwanted stuff. Pro features will be sold as an in-app purchase, that you only pay for once.

Existing users get these Pro features automatically without paying again, even if you got it during the Free App of the Week promotion from Apple (you know who you are). Simply tap on Settings > Upgrade to Pro > Restore.

“Lite”: now at the end of the tunnel

Do you remember “2Do Lite“? Chances are, you probably haven’t heard of it, as it was so short-lived. Back in the days, it was a thing to release a lite version of your app, alongside its full version, in order for people to get a taste of how it works before they considered digging deep. Fast-forward to 2016 (well, almost 2017), and it seems our habits haven’t evolved much, if at all, as we still like to try something out before paying for its premium price tag. It’s akin to going window shopping in the real world – holding it, turning it, switching it on and off and maybe even demanding a quick-demo just to make sure it fits the bill. As we speak, big-name apps that sell absolutely nothing (a.k.a virtual money) have taken over the top-selling and top-grossing charts, eclipsing everything else while amassing enough wealth to spend on developing more of the same thing.

Oh and 2Do Lite? Well, that got pulled six years ago for being too good, but its fond memories have remained. It was always good to have folks try out the app with no strings attached, and then allow them to move to the full version if they wanted to. The whole experience of moving to the full version though wasn’t working out (don’t forget Sync was still called Synchronization), and I didn’t quite fancy having two titles out with the same name. The less choices, the better.

That brings us to what this post is really about. It’s about choices, or the lack thereof. I’m disappointed to say this, but after having to continually support and develop 2Do on various platforms for over 8 years, the free updates model has begun to lose its lustre. Folks that know me (and there aren’t too many of those in the wild), know how I really feel about subscriptions, in-app purchases and anything that nags the user for more money than they’ve originally paid.

Past several years what I’ve truly been waiting for is a solution that’s in-between in-app purchases, subscriptions and paid upgrades. Instead, what we got out from this year’s WWDC was “Subscriptions for all!”. I don’t know about you, and your opinion on this may differ, but I’d personally hate to see the 10+ apps I use frequently to turn into a $2.99+ monthly subscription (spoiler from 2018: most of these actually did, aargh). I appreciate that there’s a difference between a Service and an App, but nowadays everyone’s begun to portray their app as a service. Maybe it’s just me, but I’m not comfortable with that thought; even as a developer.

In an ideal world, the user should be given a free trial period before buying into the premium priced app. The developers on the other hand should be given the option to charge for an upgrade when the time is right, without having to publish it as a new app and then discontinue / abandon the old. This model has been adopted by a number of developers, but it doesn’t excite me for the following reasons:

All of the above probably applies to 2Do any way.

It’s time I come forward a bit. Ever since Federico talked about it, it’s no secret that I’m the sole developer of 2Do on all supported platforms. Frankly, being on my own gives me immense freedom and movement within the one-man company to absorb the economic ups and downs that come with any business. I take pride in the fact that all updates, both minor and major, to 2Do all these years have been free – mostly because I can. But free updates one after another do not contribute to sustainability, severely hinder growth and add big question marks to the future of the product in question. In the post-app-store boom period that we’re in, the problem really is two-fold: discoverability that would lead to user-retention, and a payment-model that works for both users and developers alike.

Advertisement probably sounds like a solution to the discoverability issue, and that explains why the App Store now promotes it, but for an effective ad-campaign, you need high cash-flow injected into the ad-spewing system – constantly. But given there’s no trial period available for your seemingly expensive app, and you’re not into the business of selling nothing (i.e. virtual money / gems / insert_here), you’re pretty much back to square one.

Next up is this subscription model we keep hearing about. This is an easy one to dismiss. I don’t think apps like 2Do are akin to services you would pay for monthly / quarterly / yearly. Nor do I think people would pay $2.99 a month to remind them to pay the $2.99 every month. Nor will I be doing your chores for you.

After having invested most (if not all) of the money earned from 2Do on Android over the last few years, along with several months of sleepless nights, the major free update finally got pushed out roughly 10 day ago. It finally caught up on a lot of what 2Do on iOS has to offer – all that at no extra cost. It was an immediate hit, with almost every returning user leaving a 5 star review. I got more than I asked for, so I can’t complain.

During the first week’s 50%-Off promotion, the number of new users was very low to say the least. I can’t say I wasn’t prepared. I truly wanted to build a better app for Android. iA Writer had published a post earlier this year to reveal their share of disappointment on their Android launch. They concluded that the best things in Android are in fact free.

However, once the promotion ended, the number of downloads dropped to… 1%. Yup. Okay maybe 2% – but it’s so low that it’ll be a few years before it breaks-even (and I don’t even charge myself overtime). But why? Well, it seems freemium truly is a thing.

2Do for iOS was selected as Free App of the Week by Apple last year. Sure, it got free publicity from Apple, but the magic word here is Free. In around 7 days, 2Do got downloaded close to a million times. In fact, majority of 2Do’s currently active users are those that grabbed it during that time. User-retention shot to around 40% and then settling on around 10% (i.e. there are 100,000+ active users per month). And to think a major portion of this is those that grabbed it while it was free.

Federico of Macstories declared 2Do to be app of the Year 2015. Federico is highly regarded for his ability to dissect an app and go all ninja on them in his reviews. It was a highly prestigious award, and I’m truly humbled by it. 2Do for Mac won Best of 2013 from Apple. Earlier, 2Do for iOS won a few awards, appeared on BBC and a couple of other amazing things happened. However in spite of all that, 2Do struggles with discoverability. It’s a serious, potent problem. One that is more threatening to an app’s future than anything else.

The answer to this all really is pretty obvious. 2Do will adopt the new trend. Starting with Android and then later in time moving on to other platforms (based on how well this goes), 2Do will become free for all. The following is what to expect:

In short, even after the trial expires, the app will continue to offer all of its features, except for Sync, Backups and Alert Notifications (i.e. turn into a dumb, but useful to do list). In order to enable those, the user could upgrade to the full version by paying once.

Nothing changes for folks that have already purchased the app. You won’t have to pay again (on Android there isn’t currently a way to determine if you’ve already paid for the app, however I’ll figure something out so it remains free). The app will still be priced the same, only the model changes a bit to allow it to be previewed for free.

It’s really no fun working on and developing an app that no one knows about. Hopefully this will allow more users to try before they buy, and in return give me reason to continue working on the stuff I love.

You’re most welcome to chime in and leave your remarks on Twitter: @2DoApp 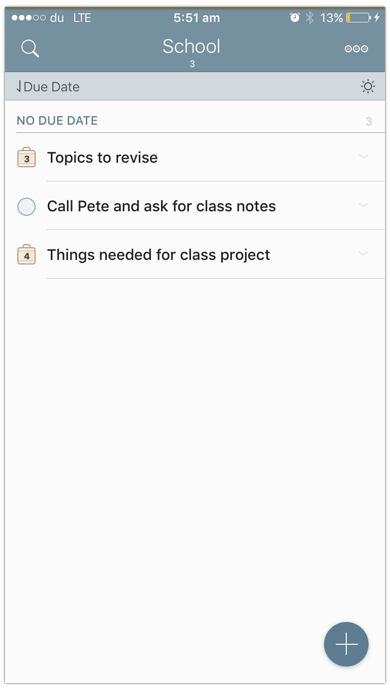 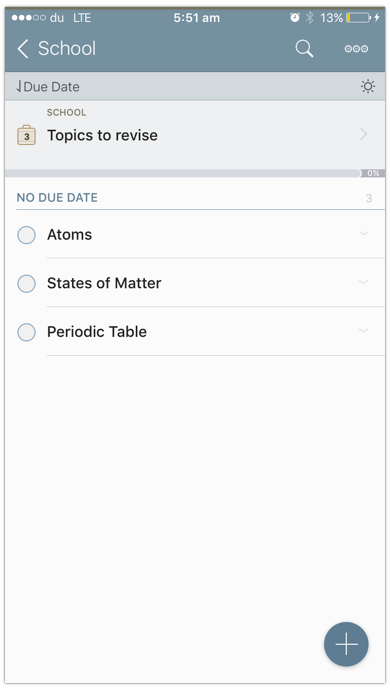